After the last two trips of over 4 hours, it was nice to be back on schedule with a trip of only a couple of hours.  In order to explore the rest of the Natchez Trace we had to travel southwest to Natchez, Mississippi which was the beginning of the Trace.  To get there we had a choice of either heading over to Vicksburg and then south along 4-lane US 61 or we could travel most of the way along the Natchez Trace Parkway itself.  We decided to travel on the Parkway, which is a great way to travel.  Sure, the speed limit is only 50 mph and it is a two lane road, however, there is very little traffic with no stops and I prefer looking at woods and fields than homes, businesses, and towns.  So we drove south on the Parkway along the same route we had traveled just a few days before.  Once we intersected US 61 we left the Parkway and drove on south to Natchez State Park which is less than 10 miles north of Natchez.  The road into the park is very rough and we were worried there would be no place to turn around if we needed to, especially when there was no entrance booth and the sign for the campground was different than the direction to the office.  We followed the sign for the campground another half mile before we saw some RVs and began to feel better.  We found our reserved site and it had a card on the post with our name on it.  It was easy enough to back the RV into the site which had a nice concrete pad.  It was a full hookup site, however, the sewer hookup was at the extreme back which meant I would have to use the extension on the sewer hose in order to reach it.  Since the extension is a chore to install, we decided to wait until we left and could back up the RV enough to reach.  We could not do this before, since in doing so stuck the back end of the RV into the road leading out of the campground area.  This is obviously an older state park in need of some care, but everything worked well enough and we were set for the week. 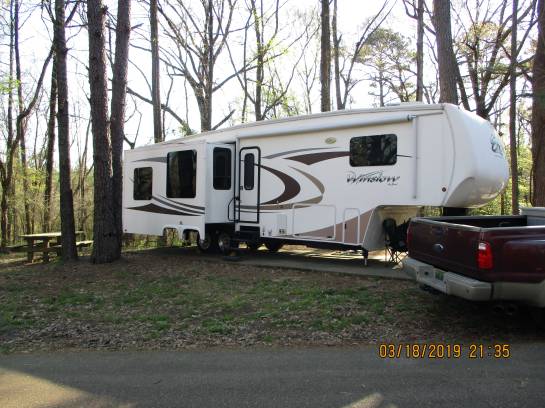 The weather on Tuesday was perfect, so we headed back to where we left the Natchez Trace Parkway to explore the final 40 miles.  Along the way we took advantage of a short hike through the hardwood-pine forest that was in the process of changing from a loblolly pine to hardwood forest with interpretive signs showing examples of this change, which needed to be updated as the pine trees had already died from southern pine beetle.  Another stop was an excellent example of the loess soils which are wind blown silt that was deposited following the ice age.  It is highly erodable which has created some deep ravines due to poor farming practices when the entire area was growing cotton.  There was even a restored historic stand that would have been great to visit if they were not working on the road at the entrance making it impossible to visit.  The highlight, however, was Emerald Mound.  If you are interested in seeing prime examples of the mounds constructed by the Mississippian culture, this needs to be on your list.  This is an 8 acre ceremonial mound with two of the eight mounds on top of the level mound still there.  The mound was built between 1200 and 1650 and is a very large mound.  In fact, it is the second largest mound in existence after the mound at Cahokia.  The last stop was also interesting as it was the location of the Elizabeth Female Academy founded in 1818.  It was the first school for women in the state of Mississippi and was, at the time, located at the first capital of Mississippi in Washington, just 6 miles from Natchez.  It only took a couple of hours to explore the rest of the Natchez Trace Parkway leaving plenty of time to go to Walmart and return to the RV for lunch and the afternoon. 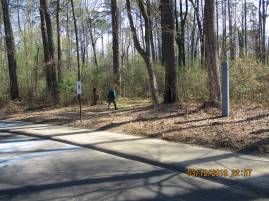 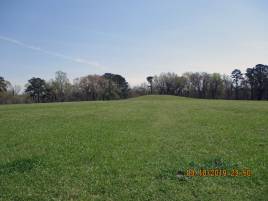 Wednesday was another beautiful day, so we headed into Natchez to explore the Natchez National Historical Park.  Natchez has a very rich history beginning with thousands of years of occupation by Native Americans ending with the Natchez Indians.  The French built Fort Rosalie in 1716 to protect their trading post and this fort was an important site along the Mississippi River and used by the French, British, and Spanish over the next 80 years as Natchez changed hands.  Today the site is one of the three units of the National Historical Park, although there is literally nothing left except for the entrance ramp as the rest is now part of the river.  By the late 1700s, Natchez was a major shipping port on the river and the beginning of the Natchez Trace where farmers from Ohio and Kentucky would float their goods on rafts to either Natchez or New Orleans and then hike back home.  By the early 1800s, the Natchez District was the center of the cotton boom that became the economic engine that created more millionaires than any other city in the United States at the time.  Prior to the Civil War, these cotton plantations were dependent upon the use of slave labor, mostly being bought and moved from the Upper South.  These millionaires built many large mansions, both at their plantations and within and around Natchez.  One of these is the main location of the National Historical Park, Melrose.  John McMurran was a very successful lawyer in Natchez in the mid-1820s.  He married Mary Turner, the daughter of an old southern family, and began his climb up in the Southern aristocracy.  Since Natchez was just a 15 minute buggy ride away, they decided that Melrose would be their home to raise their family, using other family homes for entertaining.  This made Melrose different than the more common plantation mansion as there was no large areas dedicated to entertaining on the ground floor.  This Greek-Revival style mansion was considered at the time to be one of the finest in Natchez and sits in the center of an 80 acre manicured area.  The other amazing thing about Melrose is that most of the furnishings are original, even though it was sold in 1865 to George Davis and again to John Callon in 1976.  Both of these subsequent owners bought the home fully furnished and were more concerned with preservation than remodeling.  In the case of Davis, this was because they lived in New York for the next 40 years leaving it to caretakers to maintain the property.  For Callon, he was interested in renting the bedrooms as a Bed and Breakfast and to be used as a retreat by the Callon Petroleum Company.  This also extended to all the outbuildings which included a kitchen, dairy, barn, stable, and slave quarters.  Thus when the National Park purchased the property in 1990 it came with most of the original furnishings and outbuildings intact.  The final unit of the National Historical Park is in downtown Natchez at the home of William Johnson.  This modest home gives a good comparison with the extravagance at Melrose, as it was the home of a successful freed slave prior to the Civil War.  Johnson owned three barbershops in town and was well regarded by the white citizens.  The amazing part of his story is that he maintained a daily diary of his life which gives just about our only insight into the life of a freed slave prior to the Civil War.  A truly fascinating story. 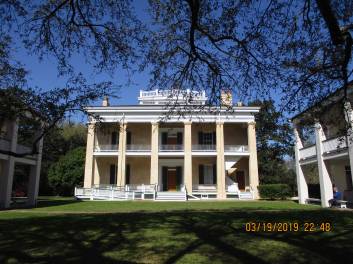 Thursday was the start of March Madness and Auburn was one of the two first games on Thursday facing New Mexico State.  Since this game was not being shown on CBS, we had to find another location to watch the game.  We asked our tour guide from the day before for local restaurants with TV sets that would be showing the game, since there was not an Applebees or Buffalo Wild Wings in town.  She recommended a couple of locations and we choose to go to Hot Mama’s Tamales on Canal Street.  It was an excellent choice as we ran into 4 other Auburn fans who were visiting Natchez as part of a bus tour.  We had a great lunch of the best tamales I have ever had and watched Auburn try to lose to New Mexico State in the final seconds.  They had a solid 15 point lead in the middle of the second half and then went cold allowing NM State to catch up.  NM State had two good chances to beat Auburn in the final seconds, missing both attempts, so Auburn escaped to the next round.  After lunch we went back to the campsite to watch more basketball the rest of the afternoon.

Friday morning we decided to drive back into Natchez to the Magnolia Bluffs Casino on the Mississippi River.  In fact, they were having to pump water off the road leading down off the bluff and half of the first floor of the parking garage was underwater as the Mississippi River was in minor flood stage.  We enjoyed the morning playing slots in the casino and came close to breaking even.  We hurried back to the RV for the afternoon to do what we could to root for the SEC in the NCAA tournament. 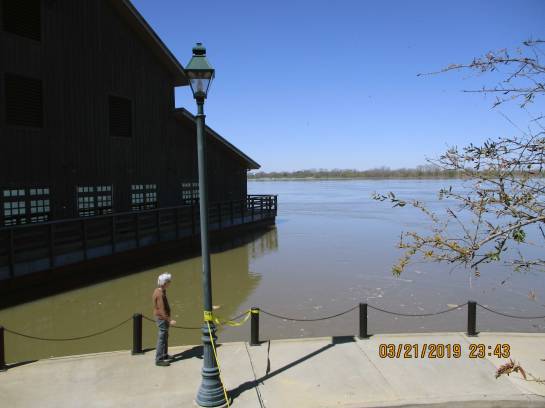 Saturday was another day full of basketball ending with Auburn playing Kansas for the last game of the day.  Since it was not going to be over until after 11:00, we decided to try and stream the game on Kal’s Ipad.  We had a strong signal and were able to watch the entire game with few interruptions with Kal scolding the reception.  After the close call with New Mexico State we only hoped Auburn would stay with Kansas and somehow make it to the Sweet 16 of the tournament.  Granted this was not the best Kansas team who limped their way into the tournament with a 4 seed against our 5 seed.  Auburn came out hot hitting their first two 3 pointers and proceeded to have a perfect first half outscoring Kansas by 2-1 and had more than a 20 point lead at halftime.  During the second half they easily answered any scoring Kansas could generate with our great defense and we won the game easily.  We made it to the Sweet 16 for the first time since 1985 and out next opponent would be number 1 seed, North Carolina.  It was fun watching the joy on Charles Barkley’s face as his Auburn Tigers got to play both Kansas and North Carolina in the same tournament.

Sunday was spent once again watching what games we could on CBS and enjoying the sense that we finally made the Sweet 16 over the expectations of all the sport pundits!!