General Description: The Apostle Island National Lakeshore consists of 21 islands in Lake Superior and shoreline encompassing 69.372 acres.  It is known for its collection of historic lighthouses, sandstone sea caves, a few old-growth remnant forests, and natural animal habitats.  The Apostle Islands are a result of glaciation which created Lake Superior.  While at one time they were a part of the mainland, wave erosion eventually separated them from the mainland.  Native Americans certainly used the islands for thousands of years and early French-Canadian explorers and trappers visited and used the islands, eventually settling some of the larger islands especially Madeline Island, which is the only island not part of the National Lakeshore.  Beginning in the west, the islands are Eagle, Sand, York, Bear, Devils, Rocky, South Twin, North Twin, Outer, Cat, Ironwood, Otter, Raspberry, Oak, Manitou, Stockton, Gull, Michigan, Hermit, Basswood, and Long Island.  Many of the islands have docks for boats, some with camping, and some with historical landmarks including sandstone quarries, fishing camps, and lighthouses.  The best way to see most of the islands is by a charter boat with daily tours out of Bayfield.  These tours pass by most of the islands where you can see old quarries, lighthouses, and the spectacular sea caves on Devil Island. 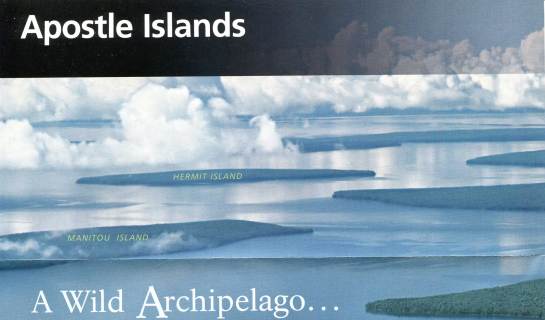 1) There is a Visitor Center in Bayfield where you can watch a short video and get information about the boat trips and other attractions in the area. 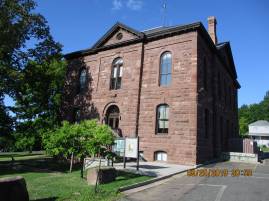 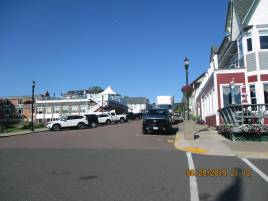 3) The sea caves on Devil Island made the entire trip worthwhile.  The waves on the Lake explode into these islands and we were there while Lake Superior was very calm.  I can only imagine the roar when the Lake is more active. 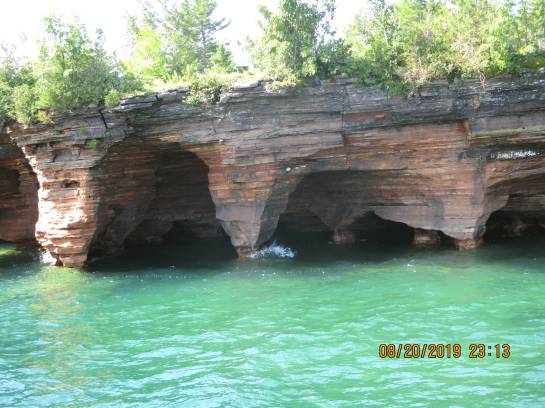 4) I would have liked to get off the boat to visit one of the restored lighthouses on the islands, however, this was not part of the tour.   To visit these locations you would have to charter a private boat.