General Description: The George Washington Carver National Monument is located just east of Joplin, Missouri in the small town of Diamond.  Carver was born into slavery during the Civil War, the exact date unknown.  At only a week old, he along with his sister and mother were kidnapped by Arkansas raiders who sold them in Kentucky.  His master, Moses Carver, managed to locate George but was never able to locate his mother and sister.  Although George and his brother, James, were freed due to the Civil War, they were raised by the Carvers as a member of their family.  George was a sickly child and unable to much of the physical labor required on the farm.  Thus he spent more time assisting with the cooking and household chores which left him time to himself in the woods on the farm.  He also had a keen intellect and insatiable curiosity which he applied as a child to tending “sick” plants in his secret garden in the woods.  These activities had a large impact on his later life as an agricultural scientist.  He also wanted to obtain an education, however, black children were not allowed to attend the segregated schools that followed the Civil War.  At the age of 10 he left home to pursue an education wherever he could find it.  He began at a school for black children 10 miles away in Neosho where he attended school while working for room and board with Mariah Watkins.  At age 13, he moved once again to another foster family in Fort Scott, Kansas to attend the academy there.  However, after witnessing a black man being killed by a white mob, he left Fort Scott searching for somewhere he could obtain the education he desired.  He attended a series of schools before finally obtaining his high school diploma from Minneapolis High School in Minneapolis, Kansas.  He applied for and was accepted to Highland University in Highland, Kansas, but was refused admittance once they discovered he was a black man.  So he tried his hand at homesteading near Beeler, Kansas, however, his interests were more with experimenting with planting small crops of multiple species creating a small conservatory of plants and flowers which was not profitable.  After a few years, he once again turned to pursuing an education by studying piano and art at Simpson College in Indianola, Iowa.  While he was a promising musician and artist, his art teacher, Etta Budd, encouraged him to pursue his interests in botany.  So he became the first black student at Iowa State Agricultural College (now Iowa State) where he obtained a bachelor and master degrees in Agriculture.   His work at the Iowa Experiment Station on pathology and mycology earned him national recognition and respect leading to a teaching position on the faculty at Iowa State.  In 1896, Booker T. Washington, invited Carver to head the Agriculture Department at Tuskegee Institution in Alabama.  Carver developed a first class agriculture research program at Tuskegee beginning with nothing more than what he could find in the local dump.  With a keen interest in assisting the southern black sharecroppers who were struggling to make a living on the depleted and eroded soils.  His focus was a combination of developing low technology techniques to improve productivity and communicating these to uneducated black farmers.  These techniques included crop rotations and alternative crops to replenish the soils.  Eventually this work led to develop alternative use to crops to increase their relative value over cotton.  His most well known work was discovering hundreds of used for peanuts, although he also worked with tomatoes, squash, and other crops.  He developed a traveling teaching campus consisting of exhibits on wagons to bring this information to the common farmer that could not attend formal classes.  This extension work became the model for many programs in extension around the country.  In 1921 he testified on the peanut tariff issue before the House Ways and Means Committee and so impressed them with his knowledge and demeanor he overcame their prejudiced views of black scientists.  Thus he rose to national celebrity status and for the next two decades he made numerous speeches promoting Tuskegee, peanuts, and racial harmony.  He met with three US Presidents and taught the Crown Prince of Sweden.  In 1937, he attended two chemurgy conferences, a new field promoting discovery of alternative uses for crops during the Great Depression, a field that he had been instrumental in founding.  His life and contributions to agriculture and racial relationships are well worth remembering and celebrated at his birthplace at the George Washington Carver National Memorial.

1) The Visitor Center is located on the boyhood farm where George Washington Carver lived for about 10 years before he left searching for an education.  While he did not spend much of his life here, it is a fitting location for his memorial.  The Visitor Center has an excellent video about his life and accomplishments which is well worth viewing before exploring the museum. 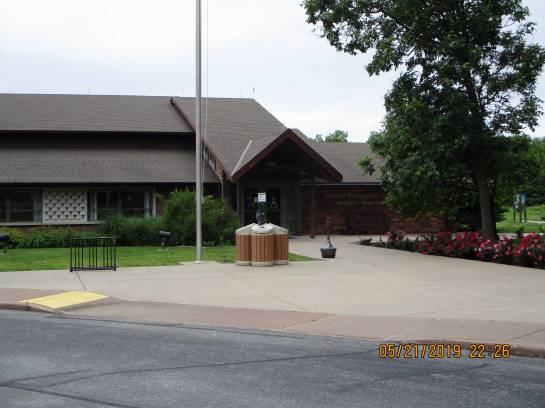 2) The museum includes a lot of exhibits about all phases of his life from his years searching for an education, through his research success at Tuskegee, to his national prominence later in his life.  There are many interesting exhibits, many of them interactive and designed for young children to explore.  There is even a reconstructed teaching chemistry lab which is used for school field trips to the memorial. 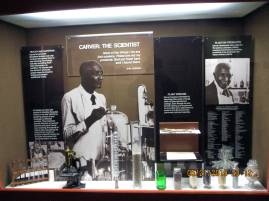 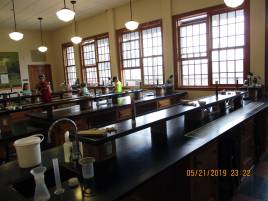 3) Outside the museum is a nice walking trail through the woods that were so important to George as a young boy.  While the location of his “secret garden” is not known, they have erected a nice bronze statue of a young George discovering the wonders of nature.  They have also reconstructed the family home where he was raised until he left for school at around the age of 10. 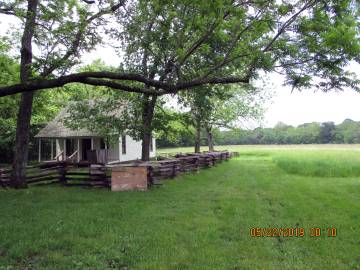 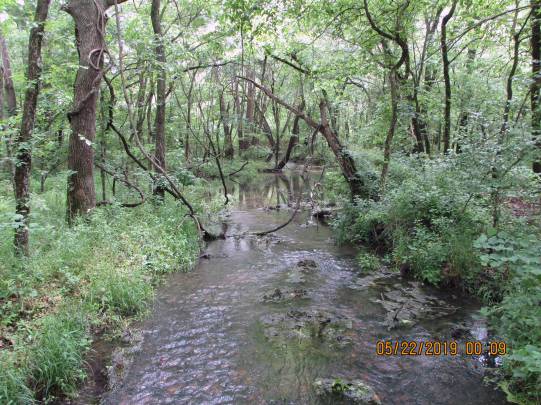